adidas tennis stars Caroline Wozniacki , Jo-Wilfried Tsonga, Ana Ivanovic and Gilles Simon, took part in a unique adidas challenge ahead of the 2012 Australian Open in Melbourne. Located down an iconic Melbourne laneway, the players competed in a modified version of Stické Tennis – a racquet sport invented in the late 19th century – and took on local Australian sports stars Dale Thomas and Billy Slater.

Stadium Signs produced and installed the graphics for the tennis court and net. This was quite challenging in that the ground surface was wet and dirty so there was a lot of preparation work beforehand to ensure the graphics stayed in place for the tennis match. 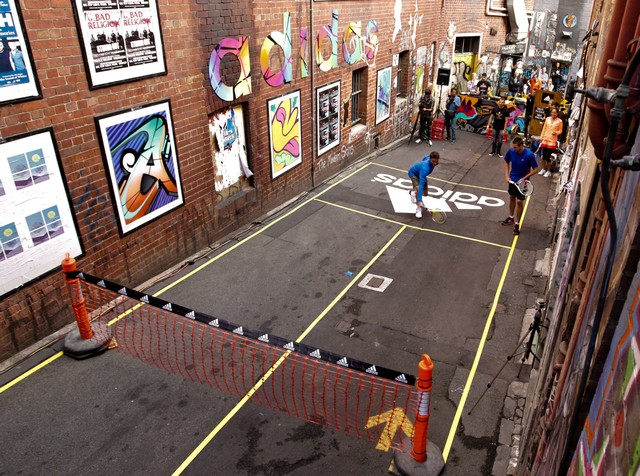 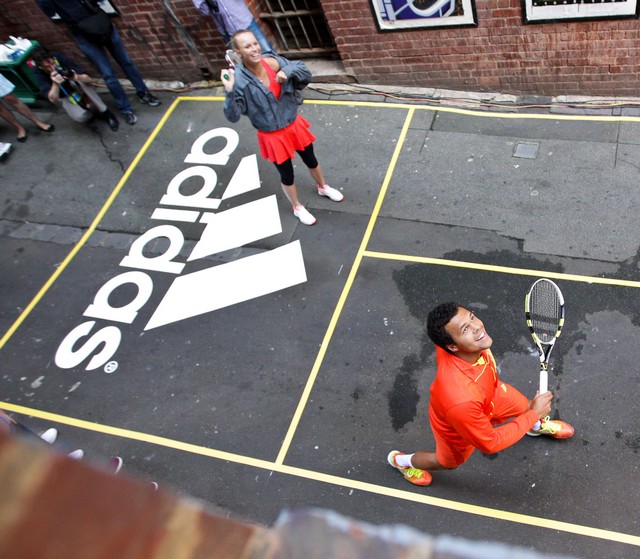 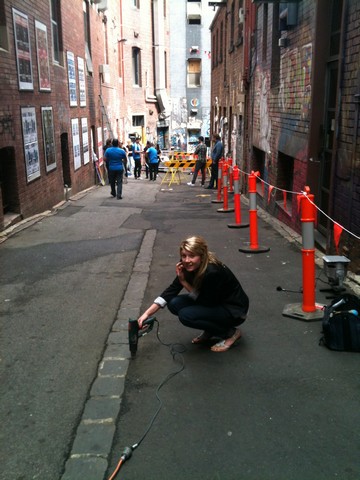 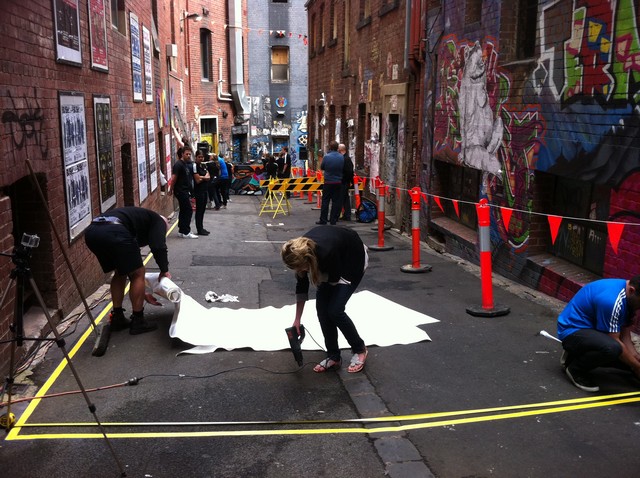 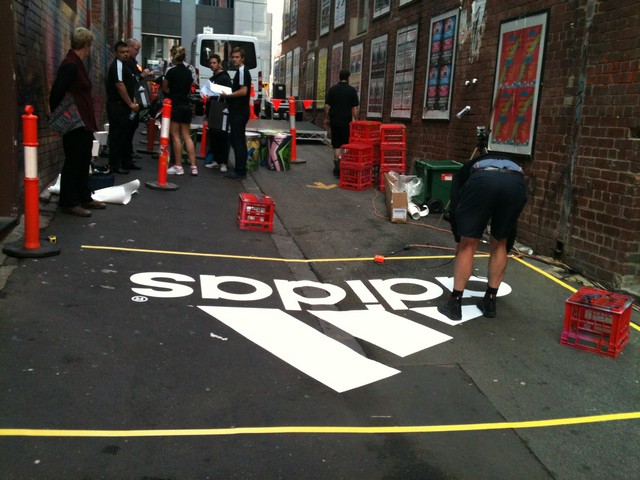 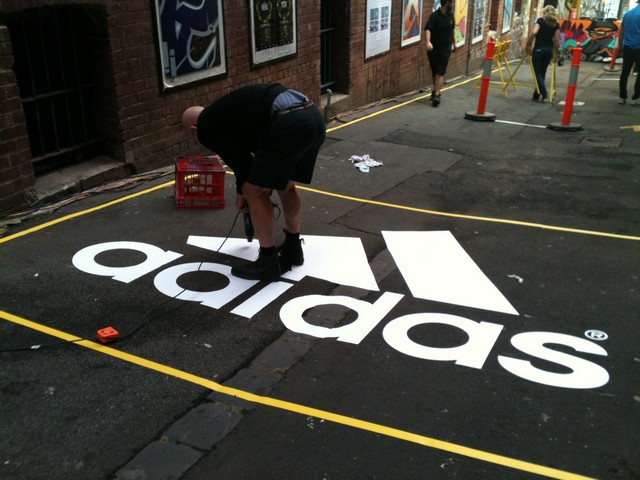 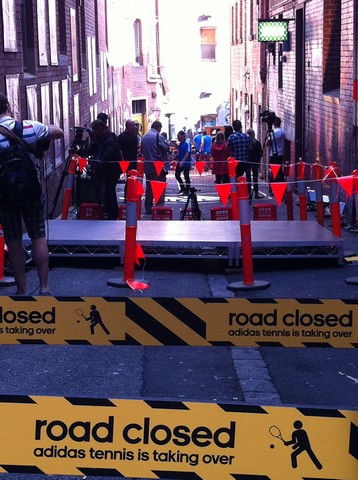 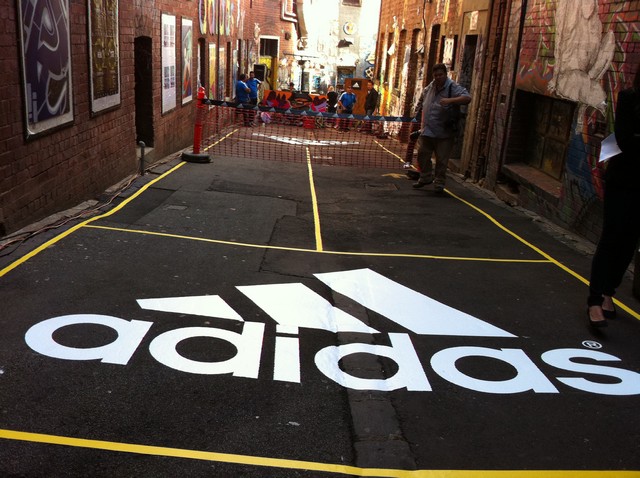 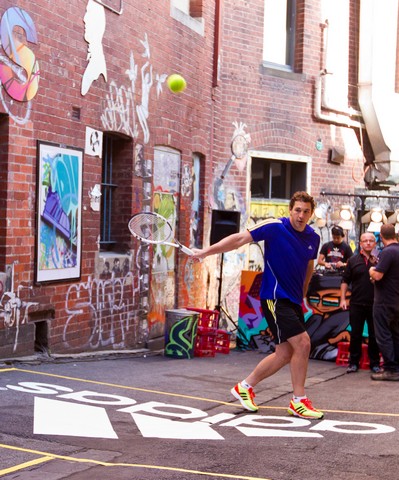